The following article is a result of research on sun skin damage, in particular with regards to children. This page is reproduce from American Academy of Dermatology. 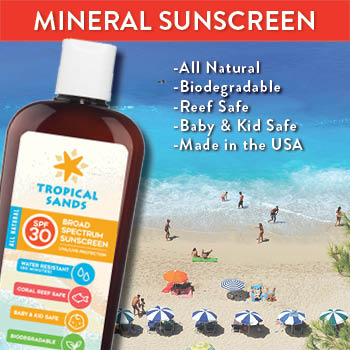 Children at Risk: Protecting Our Children from Skin Cancer and Sun Skin Damage

Speaking today at the American Academy of Dermatology’s Melanoma/Skin Cancer Detection and Prevention Month Press Conference, dermatologist June K. Robinson, M.D., Professor of Medicine (Dermatology) and Pathology, Loyola University Medical Center, Maywood, IL, addressed the survey results which suggest promising, yet inadequate, efforts by parents to protect their children from the sun skin damage. These results will be published in the May issue of the Journal of the American Academy of Dermatology.

"Most people know that the sun is dangerous, but that does not always translate into recognizable protective actions," stated Dr. Robinson. "Parents need to take the warning about the dangers of the sun seriously and act now to protect the future health of their children from sun skin damage."

Previous studies have confirmed that sun exposure is responsible for the development of at least two-thirds of all melanomas. Intermittent sun exposure, which is often recreational and frequently occurs daily for prolonged periods of time, is also closely linked to melanoma. Furthermore, it is estimated that 80 percent of a person’s lifetime sun skin damage occurs before the age of 18, a significant portion of which occurs during peak sun hours and in the summer. This combination of intense, intermittent sun exposure during the summer, which results in a sunburn, increases a child’s risk for developing melanoma.

According to the survey, parents reported applying a sunscreen with a sun protection factor (SPF) of 15 or higher as their most frequent sun protection behavior (53%). Children’s use of sunscreen was significantly associated with sunny weather, family history of skin cancer, prior history of sunburns in the child, fair skin, and higher family income. In addition, children using sunscreen spent an average of nearly 22 percent more time in the sun on a weekend than children who were not using sunscreen.

The survey showed that a child’s sunburn was significantly associated with the sunburn of the parent or caregiver. "Parents are setting a bad example for their children by not using sunscreen on themselves and not limiting their exposure during peak hours of exposure by performing outdoor activities before 10 a.m. or after 4 p.m.," stated Dr. Robinson. "As role models, parents’ actions and attitudes can make a immense difference in their children’s sun safety behaviors."

"Underprotection due to inadequate application of sunscreen, coupled with overexposure to the sun, partially explains the sunburns experienced in this study by children whose parents reported using sunscreen with an SPF of at least 15," remarked Dr. Robinson.

"Parents and children must be educated to use sunscreen as part of an effective sun protection program," continued Dr. Robinson. The American Academy of Dermatology recommends the following tips for effective sunscreen use:

~ Wear a broad-spectrum sunscreen with a sun protection factor (SPF) of at least 15 .
~ Use sunscreens every day if you are going to be in the sun for more than 20 minutes.
~ Apply sunscreens to dry skin 15 to 30 minutes before going outdoors.
~ When applying sunscreen, pay particular attention to the face, ears, hands and arms, and generously coat the skin that is not covered by clothing.
~ One ounce of sunscreen, enough to fill a shot glass, is considered the amount needed to cover the exposed areas of the body completely.
~ Reapply sunscreens every two hours or immediately after swimming or strenuous activities.

"The survey’s findings also reinforce the importance of using multiple sun protection methods for maximum effectiveness," stated Dr. Robinson. "Parents and children need to broaden their use of sun protection beyond their current primary reliance on sunscreen."

In addition to wearing a broad-spectrum sunscreen with an SPF of 15 of higher, a comprehensive sun protection program includes avoiding deliberate tanning with indoor or outdoor light, seeking shade, wearing protective clothing, and limiting exposure during peak hours. "Early initiation of these sun protection behaviors by parents and consistent use throughout life may decrease a child’s lifetime risk of developing melanoma and sun skin damage," stated Dr. Robinson.

The study results were determined by a random sample telephone survey of 503 households within the continental U.S. conducted in 1997 by Leo J. Shapiro and Associates (Chicago, IL) in collaboration with the AAD and the Centers for Disease Control and Prevention.

The American Academy of Dermatology, founded in 1938, is the largest, most influential, and most representative of all dermatologic associations. With a membership of over 13,000 dermatologists worldwide, the Academy is committed to: advancing the science and art of medicine and surgery related to the skin; advocating high standards in clinical practice, education, and research in dermatology; supporting and enhancing patient care; and promoting a lifetime of healthier skin, hair and nails. For more information, contact the AAD at 1-888-462-DERM or www.aad.org.